Commenting at the launch of the COP 23: SYAH Climate Action Challenge 2017, the Australian High Commission’s Second Secretary, Barbara Minois said: “Australia is committed to the Paris Agreement and is working with countries in the region to manage natural resources, respond to the impacts of climate change and natural disasters and find pathways to sustainable economic growth. The High Commission is pleased to be working with SYAH for the second year running to build capacity, promote awareness of climate change and its impacts and provide support for our youths of today so they are equipped to take on the challenges of our leaders of tomorrow.”

Meghna Raghoobar, the co-founder of the regional youth-led organisation SYAH which exists in 8 islands in the Atlantic and Indian Ocean region highlighted: “The aim of this challenge is to create more awareness about COP events and Climate Change impacts on Small Islands States to the younger generation, while engaging them in an action-oriented initiative through the challenges. The prizes have also been selected in order to ‘walk the talk on Climate Action”

Around 30 youths of 16 – 25 years were teamed up in groups of 6-7 to take part in the challenge. There was a short video voice on ‘Nature Speaking’ by Julia Roberts which was an awakening point for many of the youth; followed by a presentation on the impact of plastic waste presented by the focal point of SYAH-Mauritius Siid Siddhartha. The participants were then assessed on three different levels: creativity through the DIY (Do It Yourself) Challenge with plastic waste and other waste materials. This challenge helped the youth in developing an upcycling mind-set, while re-awakening their creativity side which was facilitated by Emilie Davantin former Sustainable Product design at the University of Mauritius and Project Intern at SYAH. In order to provide some basic knowledge on Climate Realities based on Al Gore’s Climate Reality training which Meghna Raghoobar followed in Pittsburgh last month a Quiz Challenge was organised in such a way that the youth learnt more about COP events, Climate Change impacts and the essence of climate action. The last challenge was about the Climate Circuit designed by Dodowork Play in collaboration with SYAH where the youth had to come up with an implementation plan of a project idea they would implement in December 2017 with Rs 8000 seed-funding being given to them.

The winners of the first prize were given Rs 5000 as CASH Prize + Rs 8000 Seed-Funding to implement Climate Action initiative + Mentorship session with Dodoworkplay for project implementation offered by the Australian Aid and an educational tour at île-aux- aigrette on 09 December 2017 offered by Mauritius Wildlife Foundation. The aim is to assist them in the implementation of a Climate Action project this December 2017. The second prize winners were given Stand-up Paddle and Kayak sponsored by TamarinBay Boathouse to be done tentatively on 16 December 2017 which will be organised by SYAH team. The third prize winners got an Educational tour at île-aux- aigrette on 09 December 2017 organised by SYAH team, and the rest of the participants would be redeeming their carbon-footprint by planting trees with FORENA at la Citadelle (if they wish) in line with POLWI by nature on 25 November 2017. 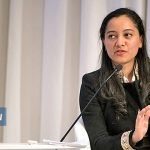 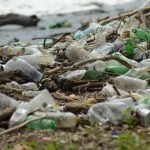